What are people saying about alli? 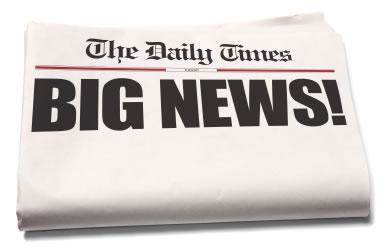 Click here to go back to the Alli page, or to buy Alli.

Alli has been hitting the headlines recently. Some people hail it as a wonder pill, whereas others are more cautious. At Express Chemist, we are interested to know how you are getting on with Alli. Do feel free to contact us and share your experiences. Meanwhile, here are what some of the papers are saying about Alli....

She lost 9lbs in the four weeks she was taking Alli. In her own words; "I did everything by the book while on Alli. I took one pill with each meal, reduced my calorie intake to 1,400 a day, and cut my fat intake to a maximum of 15g for each meal. I ate smaller portions, drastically reduced my alcohol intake, and snacked on fruit and ice lollies. It wasn't fun, but it did get easier as the weeks passed."

Even though she was impressed with the weight loss, she wasn't sure if it was down to Alli alone, or the healthier lifestyle she adopted. She did say however, that the pills "definitely worked psychologically", referring to the Alli side effects that can be experienced if too much fat is eaten.

TimesOnline 20th April 2009
"Alli (also known as Orlistat) could help people to shed extra pounds but is only of benefit if they are already committed to a healthy diet and regular exercise...

Daily Mail 20th April 2009
The Daily Mail point out that the manufacturer "stresses that it is not a 'magic' pill and is designed to enhance, rather than replace, the effects of diet and exercise..."

Guardian 19th April 2009
The Guardian adopts a cautious tone with Alli, citing a doctor who notes that "Drugs don't necessarily deal with reasons why people become obese, which are largely psychological...". They also point out the side effects:

"The primary ingredient of Alli is orlistat, which diminishes the body's capacity to process fat by about 25%. Undigested, this fat passes through the body causing what Glaxo describes as "an urgent need to go to the bathroom". The drug can also interfere with the absorption of some vitamins...."

Our view
At Express Chemist, we are keeping an open mind about whether Alli is a good idea or not. On the plus side, the fact is that Alli is clinically proven, and works in a different way from any other weight loss products that have previously been available in the UK without a prescription. On the minus side, some people may have trouble coping with the side-effects of Alli, and it only works if you have a healthy diet in the first place. Effectively, Alli boosts the effectiveness of your existing weight loss regime, rather than being a solution in its own right.

What do you think of Alli?
Tell us your views - does Alli work? Did it work for you? Contact us and let us know!

Click here to go back to the Alli page, or to buy Alli.
Trustpilot