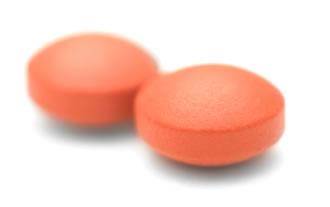 Ibuprofen, chemical formula C13H18O2, is the active ingredient in many over-the-counter painkillers.

Ibuprofen is sold under many different brand names which are given to the medicine by the manufacturer. It is also commonly mixed with decongestants in many cold and flu remedies. Ibuprofen isn't just for oral administration, it can also be formulated into gels, sprays and mousses - These are for topical application to reduce muscle aches and pains.

How does ibuprofen work?

NSAIDs are drugs that have analgesic (acting to relive pain), antipyretic (acting to prevent or reduce fever) and anti-inflammatory effects. Ibuprofen works by altering the body's response to pain, swelling and high temperature. It blocks the action of cyclooxygenase, a substance in the body that is involved in the production of various chemicals, including those known as prostaglandins. Prostaglandins are produced in response to injury or disease and cause pain, swelling and inflammation in the tissues of the body.

To summarise; ibuprofen reduces the swelling and inflammation caused by the body's immune system and is an effective painkiller. Popular brands that use ibuprofen include Nurofen and Cuprofen.

What is ibuprofen used for?

Ibuprofen is used to relieve mild to moderate pain such as headache, backache, dental pain, period pains, muscular aches and pains, rheumatic pain and neuralgia. Ibuprofen is also used to reduce feverishness and high temperatures, the symptoms of cold and flu, and inflammation.

Ibuprofen is available in a variety of oral and topical treatments. Topical treatments containing ibuprofen, such as Ibuleve and Deep Relief, are ideal for treating the pain and inflammation associated with muscle pain, sprains, backache and rheumatic pains, as the treatment can be applied directly to the affected area.

Who can use ibuprofen?

Ibuprofen can be used by both children and adults. Please be cautious! While there are products containing ibuprofen that can be used for children as young as 3-months of age, some brands and preparations are not recommended for use in children and infants under certain ages. Always check the information carefully to make sure you have the correct product.

Can I take ibuprofen if I am pregnant or breast feeding?

It is always important to check with your GP prior to taking ibuprofen. Your GP may recommend it's use during pregnancy to treat inflammation and to reduce a temperature. However, ibuprofen should NOT be taken after 30 weeks of pregnancy. So far no significant evidence has suggested that taking ibuprofen during pregnancy is harmful.
During breast feeding, paracetamol is recommended to take for pain relief. However, if a breast feeder takes ibuprofen, only a small amount of ibuprofen will be passed into the milk so it isn't considered harmful.

Should I be cautious of taking ibuprofen?

Does Ibuprofen have any side effects?

Side affects are uncommon with ibuprofen. However side effects that have been previously experienced are:Prolonged and frequent use of ibuprofen might affect fertility in women although this is usually reversible once ibuprofen has stopped being taken.
Ibuprofen taken at the recommended dose does not effect your ability to drive or operate heavy machinery. However some patients find that they felt dizzy after taking ibuprofen, if this occurs driving is not recommended. Ibuprofen does not interact with alcohol, however heavy drinkers should avoid taking ibuprofen. Ibuprofen should be taken with or after food to reduce irritation to the stomach.

Will taking ibuprofen interfere with other medication?

Ibuprofen may effect some prescribed or purchased medication. Contact your GP or read the enclosed instruction leaflet prior to taking ibuprofen. Some common medications in which ibuprofen should be avoided include: Antihypertensives • Anti-inflammatories • Aspirin • Digoxin • Lithium • Methotrexate • Tacrolimus • SSRI Antidepressants • Warfarin • 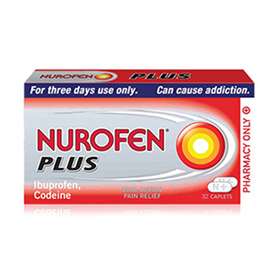 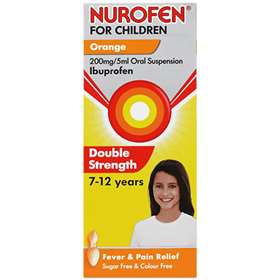 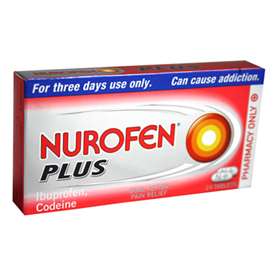 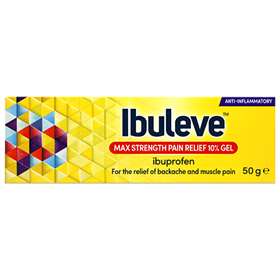