Spots, acne, blackheads, pimples, zits, pustules and whiteheads are all terms we are familiar with. Most of us have spots or acne of some sort at some point in our lives, particularly during adolescence and young adulthood.

Severe cases of spots and acne can be unpleasant to experience and can greatly affect a persons self-esteem. We've put together a category to give spot sufferers all the help, advice and information they need. Not to mention a comprehensive range of effective spot and acne treatments!

If you suffer from simple spots, severe acne vulgaris, blackheads, a spotty back or are just looking for the best spot and acne treatments, we have just the products for you. 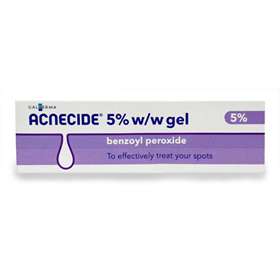 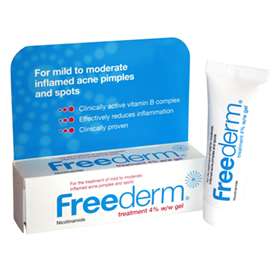 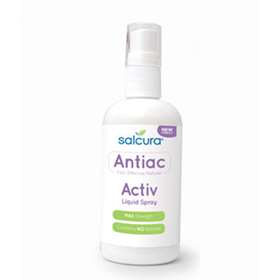 Acne vulgaris is the most frequently encountered skin disorder in the teenage and young adult population. Acne vulgaris is a disorder of the skin and is commonly associated with excessive oil (sebum) production due to hormonal changes at puberty.

Areas typically affected by acne are the face, neck and shoulders. The back and buttocks are also areas prone to outbreaks.

How can I treat acne?

Treatments for mild to moderate acne typically come as topical applications in the form of creams and gels. These treatments often contain antibacterial active ingredients such as benzoyl peroxide, salicylic acid and triclosan are used to reduce bacteria on the skin and prevent re-infection.

What is the difference between spots and acne?

The terms 'spots' and 'acne' are often used interchangeably, which can sometimes cause confusion.

There is no clear definition of acne, but the term is commonly associated with a particularly severe case of inflamed spots. In fact, blackheads, whiteheads, pimples, pustules and pinheads are all characteristics of acne vulgaris. In comparison with the associations attached to the word 'acne', the term 'spots' tends to be used for less severe, but no less troubling outbreaks of pimples and whiteheads.

We have decided to created a separate acne vulgaris page to focus on the more high-strength spot treatments available. All spot and acne treatments can, however, be found on this page.

What is the difference between spots and pimples?

Spots and pimples are the same thing.

What different types of spot are there?

The most common types of spots/acne are:

How are spots prevented?

In most cases, a thorough cskin cleansing regime is the best line of defense against spots and acne. You can help prevent spots by keeping pores clear of dirt, grease, dead skin cells and bacteria by cleaning the skin regularly with an antibacterial wash or lotion.

How are spots treated?

The two most common pharmacy-licensed active ingredients for treating spots are:There are also treatments based on tea tree oil (T-Zone and Optima) and witch hazel (Witch). These also have antibacterial actions, but are gentler on the skin.
Trustpilot