Candidal Sweat rash, also known as infected sweat rash, fungal sweat rash and candidal intertrigo ('thrush' of the skin-folds) is a sore, itchy, inflamed red rash that occurs when sweat builds up on the skin, upsetting its natural balance and causing soreness, itchiness or inflammation.

The condition is a fungal infection caused by an overgrowth of Candida albicans, a fungus naturally present on the skin. Trapped sweat, the cause of common sweat rash, and instances of excessive sweating can upset the balance of skin flora and lead to infection.

Infected sweat rash is most likely to occur as a result of sweating during exercise or warm weather, where skin rubs together (chafes) such as under arms, breasts, behind the knees, in the groin area or where skin rubs against clothing. Candidal sweat rash can be treated using a cream, spray or powder containing hydrocortisone (an anti-inflammatory) and an antifungal agent such as Clotrimazole. Once the inflammation has cleared up, treatment can be continued with a medicine containing just an antifungal, such as Daktarin Cream or Daktarin Powder.

Candidal intertrigo is sometimes confused with jock itch (tinea cruris) which is actually ringworm of the groin. Both infections can be easily treated with an antifungal cream.
If you suffer from excessive sweating (hyperhidrosis), we have a full range of products to help combat your symptoms. 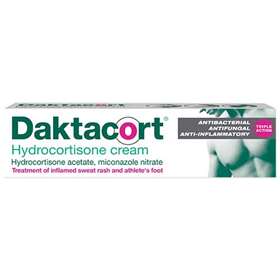 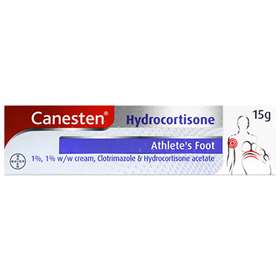 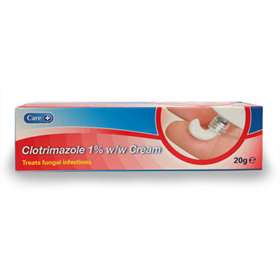 - A treatment that contains an anti-iflammatory, such as hydrocortisone, and an antifungal agent is the best course of action when it comes to dealing with candidal sweat rash. The hydrocortisone will ease the irritation and itchiness of red, inflamed skin, while the antifungal gets to work on the fungi responsible for the infection.