What is Aluminium Chloride Hexahydrate?

How does Aluminium Chloride Hexahydrate work?

Aluminium Chloride Hexahydrate works by entering the pores in the skin. These pores are where the sweat emerges from. Aluminium Chloride Hexahydrate does not itself block the pores, but instead forms a gel that gently prevents the sweat from getting out. This is perfectly safe: indeed, these formulations have been clinically tested for safety and efficacy, and have been around for decades. Almost all antiperspirants work in this manner.

Is Aluminium Chloride Hexahydrate bad for you?

Some people believe that it's a bad idea to prevent sweating, because sweating also carries toxins out of the body. However, the percentage of toxins that are excreted in sweat is low, and any toxins that are not sweated out are passed through urination anyway.

Some people also believe that the alumninium in the formulation is unhealthy. However, almost all antiperspirants contain a formulation based on aluminium, and this has been the case for decades without any known health problems.

Are there alternatives to Aluminium Chloride Hexahydrate?

Most formulations that do not contain aluminium are deodorants rather than antiperspirants.
Of course, the fact that antiperspirants, such as Driclor, Odaban, Perspirex and Anhydrol Forte all contain the same active ingredient (aluminium chloride hexahydrate), does not mean that they are all the same. There are significant differences between the different formulations and other ingredients that affect how they react to the skin, and are absorbed into the skin. In particular, levels of alcohol and dimethicone vary, which makes a major difference to how they are absorbed into the skin and how they react to sensitive skin. In addition, some people prefer sprays such as Odaban, whereas others prefer roll-ons such as Driclor. 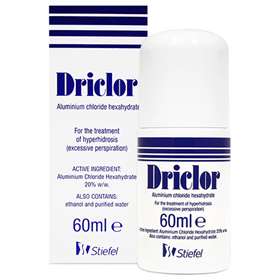 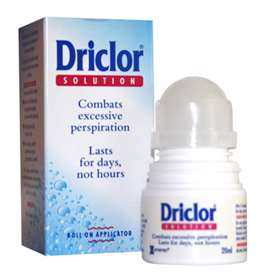 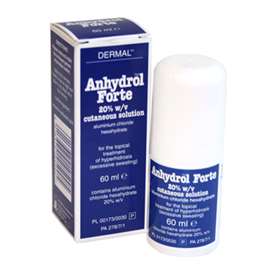