A brief overview of Minoxidil 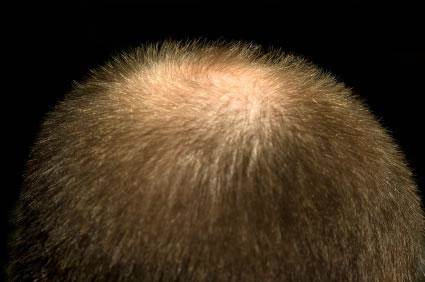 Minoxidil is the active ingredient of Regaine, the pharmacy-licensed hair-loss treatment. It has been proven to slow down hair loss in adults, and in many cases completely stop or even reverse the balding process.

Minoxidil was not always a hair-loss treatment. It used to be known as Loniten, which was a tablet to treat high blood pressure. It worked by opening the blood vessels via a process known as vasodilation. It was increasingly found that people taking these tablets were also becoming less bald. It was then found that if you took the active ingredient of Loniten (i.e. Minoxidil) and turned it into a tonic that you rubbed on your scalp, then you could treat hair loss. Finally, Minoxidil underwent and passed controlled trials, and was finally released and marketed by a company called the Upjohn Corporation, under the name Rogaine in the USA, and Regaine in the UK.

As described before, Minoxidil was originally devised as a vasodilator for the treatment of high blood pressure, but it is not known for sure whether or not this is why it treats hair loss. It seems logical to think that anything that can open up the blood vessels and help blood flow would be good for hair loss. However, nothing has definitively proven this to be the case. The only conclusion so far is that clinical trials have shown that Minoxidil works. Why it works is still a mystery!

Some people believe that Minoxidil works because contained within the molecule - C9H15N5O - there is nitric oxide (NO), which activates an enzyme known as guanylate cyclase, which in turn activates cGMP and PKG, which are both implicated in the growth of hair. But there is no evidence for any of this whatsoever.

The only thing that we do know is that the evidence is clear. Clinical studies have shown that Minoxidil works for most people.

The most common reported side-effects are an itchy or irritated scalp, and an initial shedding of old, damaged hair. This hair, however, generally regrows within a short time.

One may also experience acne on the areas where Minoxidil is applied. It is therefore important when using Regaine not to allow it to drip onto the forehead.

Patients with low or high blood pressure or heart problems may in some cases find that Minoxidil affects their condition due to the fact that it opens up the blood vessels.

Below you will our range of minoxidil hair loss products.
Trustpilot