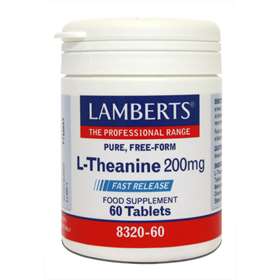 Product code: 8320-60
£12.80
(incl VAT)
Buy any 3 or more Lamberts products and save 5%
Delivery Information
L-theanine is an amino acid that is found in high levels in tea, and is believed to contribute to the relaxing effects tea gives. L-theanine has been shown to raise levels of GABA (gamma-aminobutyric acid), and alpha waves in the brain, and this can result in a calming effect without drowsiness.Tea certainly contains a surprising amount of caffeine and yet is not generally considered as a stimulant in the same way that coffee is. Some researchers think that this maybe because tea contains something else, in effect cancelling out the caffeine.

The mystery ingredient in tea is now thought to be L-theanine. Whilst it is not unique to tea, the tea plant seems a particularly rich source. When L-theanine has been given to people in clinical studies many of the positive effects of tea can be reproduced.

Lamberts L-theanine is the purest form available and is the one used in clinical studies. It is painstakingly produced by a process of fermentation. Lamberts do not use L-theanine extracted from tea as this contains a high proportion of D-theanine which is not believed to be as active as the L-theanine form. Better still, they have just increased the potency of this product to 200mg for the original 100mg price.

As with all Lamberts amino acids, Lamberts L-theanine is presented in its free-form for maximum absorption. Each capsule provides a full 200mg of L-theanine. Unlike many supplements that need to be part of a regime for several weeks before a response may be noted, frequently with L-theanine there is a response within the first few hours of use.

Caution:
Lamberts L-Theanine is not recommended for pregnant or lactating women. 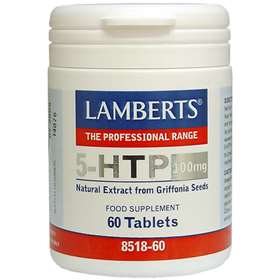 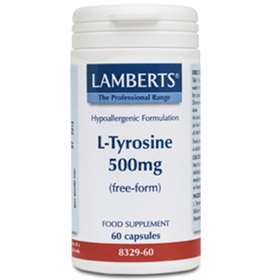 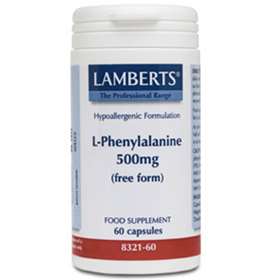 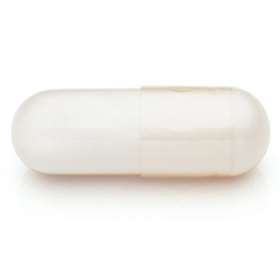 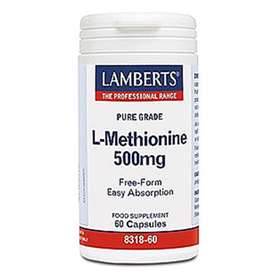 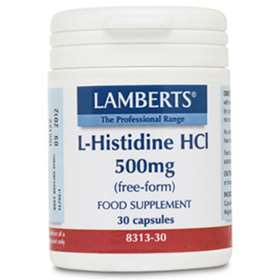 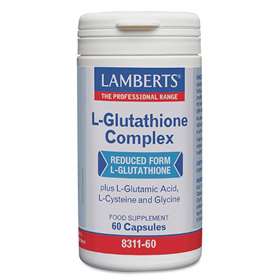