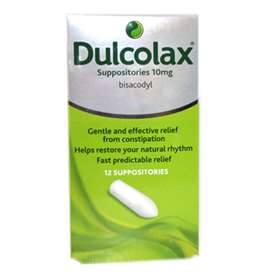 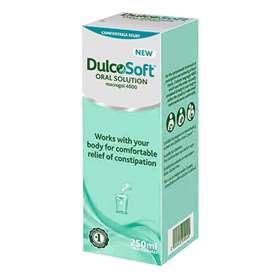 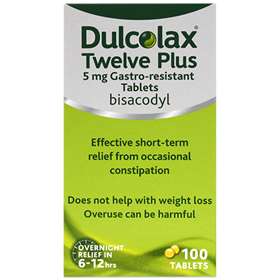 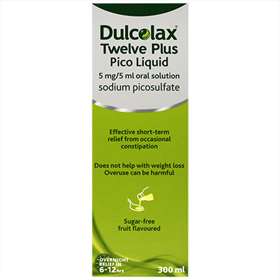 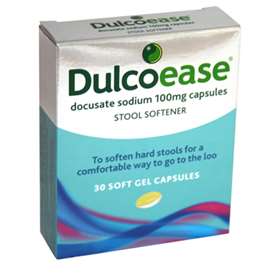 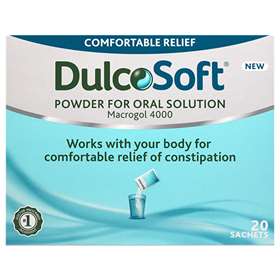 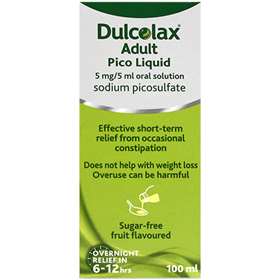 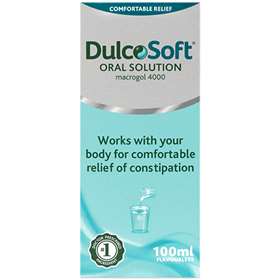 A small soft gel capsule containing Docusate Sodium 100mg. DulcoEase helps to soften hard stools for a comfortable way to go to the loo. This is not a laxative.

What is the active ingredient in Dulcolax?

Dulcolax tablets and [** suppositories=dulcolax suppositories] contain an ingredient known as Bisacodyl, whereas Dulcolax Perles and Dulcolax Liquid contain sodium picosulphate. Both ingredients work in the same way by stimulating the bowels and helping them to push stools along. In addition, they help to increase the water contents of the stools to make them softer.

Will Dulcolax help me to lose weight?
No. Dulcolax only stimulates the bowels. As the vast majority of food is absorbed before it gets to the bowels, it will have almost no effect on your weight and will only make you visit the toilet more often.

What are the side effects of Dulcolax?
If Dulcolax is used incorrectly, it can lead to stomach cramps. This happens when the Dulcolax tablet breaks up in the stomach. For this reason, you should never crush a dulcolax tablet, and you should not take dulcolax with milk or antacids which could cause the tablet to break down too quickly.

I am having difficulty in swallowing Dulcolax Tablets. What should I do?
Whatever you do, you should never crush Dulcolax Tablets. This is because the coating is specially designed to prevent the contents from breaking down too quickly. Dulcolax is designed to be released in the bowels rather than the stomach, so if it breaks down too quickly it does not work in the bowels, and can give you a stomach ache. If you cannot swallow tablets, you should use Dulcolax Perles which are easier to swallow, or Dulcolax Liquid which is particularly easy to swallow, is sugar free and has a fruity taste.

When should I take DulcoEase?
From the makers of DulcoLax, DulcoEase is a stool softener rather than a laxative and should be taken when passing stools is uncomfortable. Unlike Dulcolax, it does not stimulate the bowel, but like DulcoEase it helps add water to the stool so is useful if you have hard stools.